The chancellor must do more to help financially during the Coronavirus pandemic as I say to the Leicester mercury here. 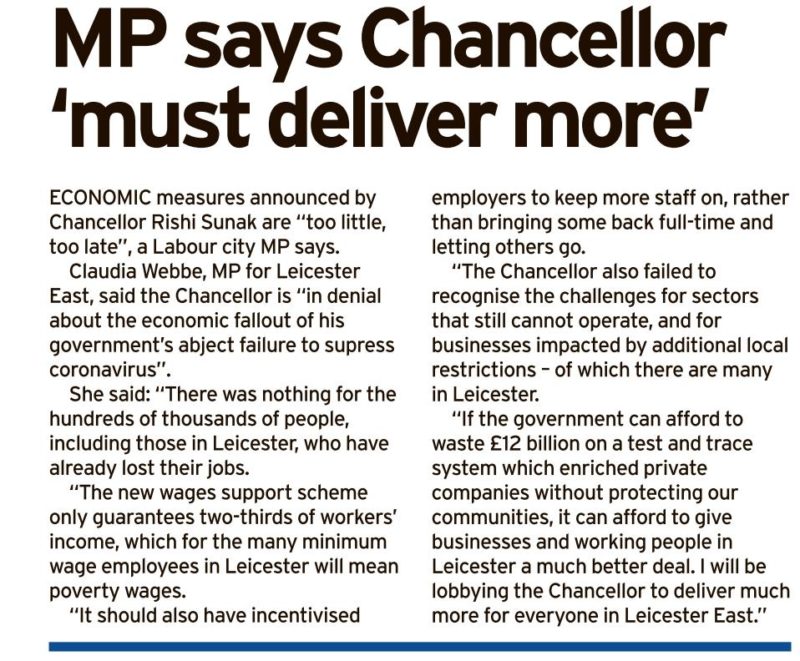 It is shameful that Boohoo knew about widespread, unacceptably poor working conditions in Leicester, yet failed to act quickly enough. They were happy to capitalise on a surge in online shopping during lockdown, without caring about the effect this would have on vulnerable workers.

This is the worst form of predatory, neoliberal capitalism, in which corporate profits are prioritised above human rights and wellbeing.

After this crisis, the obscene wealth of the few can no longer be built on the exploitation of the many.

Jon Ashworth, Liz Kendall and myself all call upon the chief executive to resign following these findings.

Read the full article in the Guardian here.

“The UK’s duplicity is shameful. With one hand they sign resolutions and speak of their desires to end the conflict, yet with the other they continue to facilitate the suffering of the Yemeni people, providing the weapons which rain down on civilian houses.”

Read the full article in the Morning Star here, where MPs slam Tories for ‘pretending to be an honest broker’ in Yemen.

Happy to sign this joint letter to Alok Sharma MP regarding the dismissal and re- employment bill due which is due to receive it’s second reading on 30th Oct. However is unlikely to happen given it’s lace on the order paper.

The bill originally introduced by Gavin Newlands MP would prevent employers from forcing workers to sign up for wage cuts and inferior conditions under threat of dismissal.

See the full letter and signatories below; 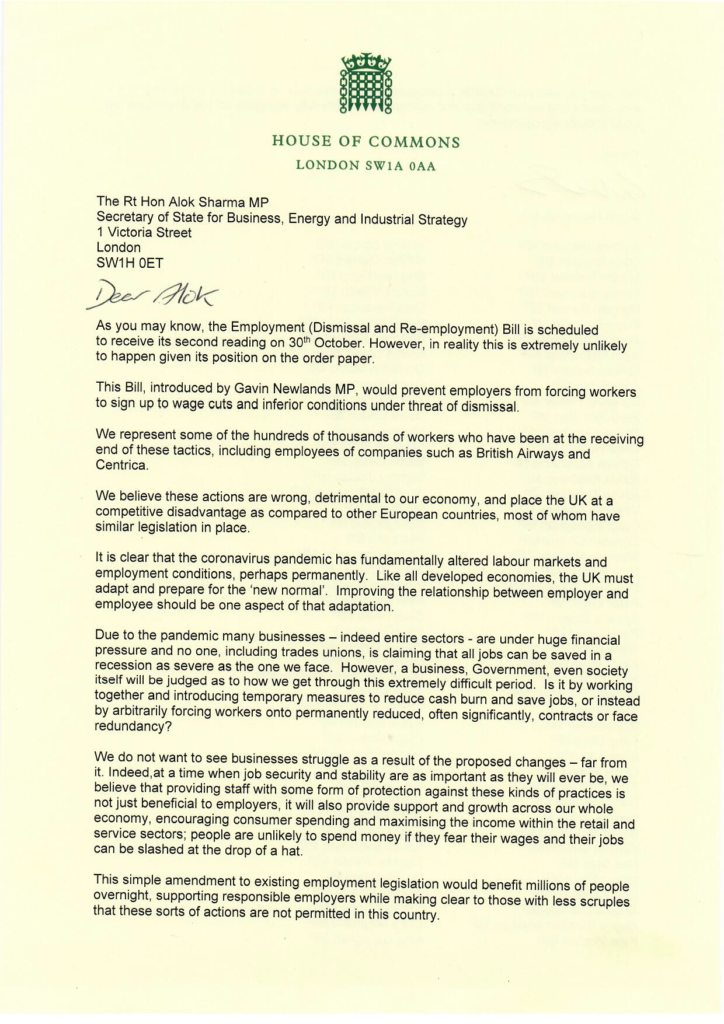 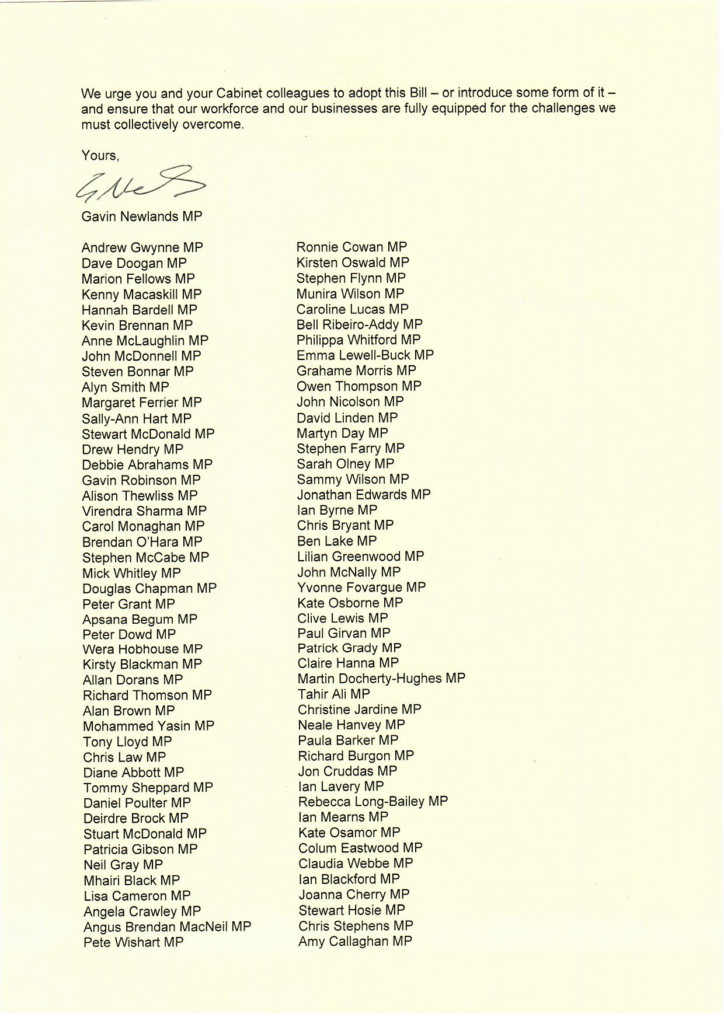 The Yemeni conflict is one of the worst humanitarian crises of the modern era. It is shameful that, as a result of UK arm sales, it is happening in our name.

The UK government must accept its complicity in this catastrophe.

And it must follow the lead of countries like Germany, France and Denmark by ensuring that no weapons made in our country are used in the conflict.

The Overseas Operation Bill is the second piece of legislation which is predicated onbreaking international law that the government has introduced – and that’s just this week alone!

This is the ‘Global Britain’ we were promised. One which alienates itself on the world stage, and which endangers both our armed forces and civilians around the globe.

Our commitments to human rights and the wellbeing of our armed forces are not in conflict with one another.

Almost 4,000 people registered for the Zoom event, thousands watched it live on various streams and over 85,000 people have watched it so far.You can watch the video here.

Sheila Mosley is a Leicester activist and one of the organisers for Status Now.

I tabled EDM 658 in parliament and the meeting helped to organise the next stages of our campaign including this public meeting.

This meeting saw the Status Now Network coming together to discuss the importance of safety for everyone, and the need for all undocumented people and those in legal process to be given Leave to Remain in the UK.

I really enjoyed taking part in this important event with the Institute of Employment Rights alongside some fantastic speakers!

The pandemic revealed that some seven million ‘key’ workers, essential to maintaining the fabric of society, are amongst the worst paid and least legally protected of the entire workforce. Join us to discuss how we can tackle this gross injustice and give workers the respect, dignity and pay they deserve.

This is a well deserved award for the As-Salaam Trust

@Th3PeaceCentre. They’ve given so much to support our community, helping everyone from day one, long before the 1st lockdown in March. They identified what would be needed and acted quickly so that no one would be left behind.

They received £1500 for the ‘In This Together’ fund extension and I am proud to have put them forward. 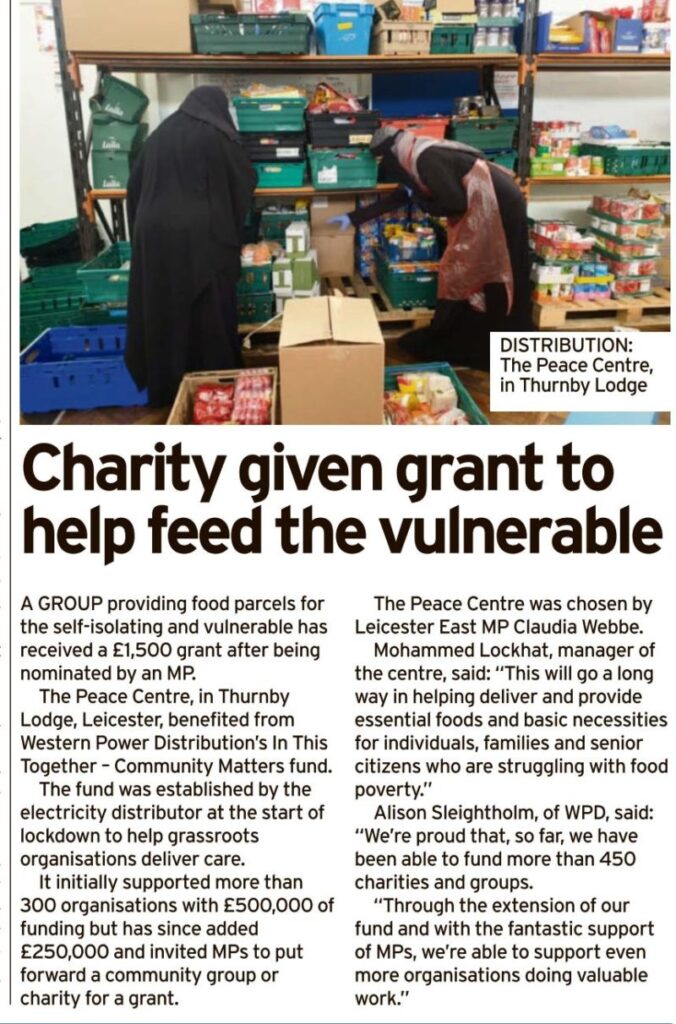 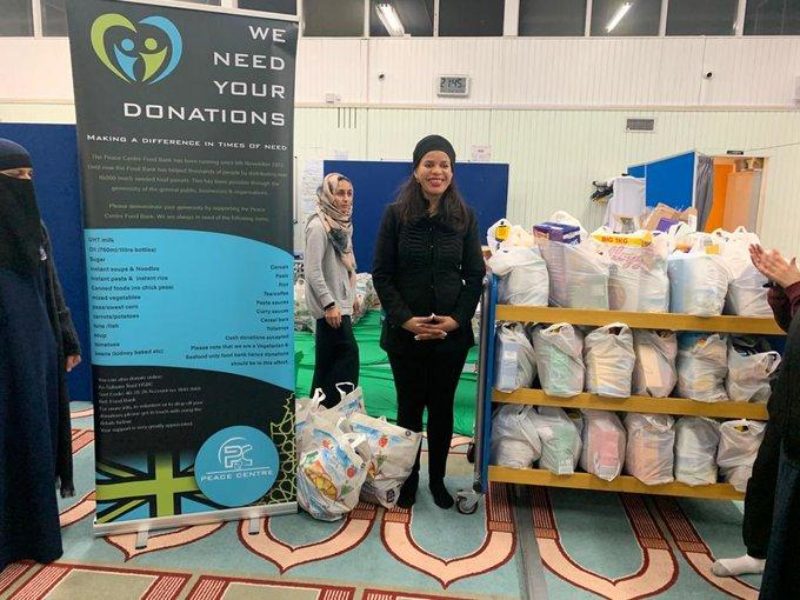 This is another exceptionally busy week in Parliament, with key debates on Brexit, international human rights and the Yemeni conflict.

In each of these debates, I will raise the concerns of Leicester residents and urge this government to work in the interest of everyone in our city.

To Jewish communities in Leicester East, throughout the UK and across the world I wish you a happy Rosh Hashanah. After the challenges of recent times I hope the New Year brings happiness, peace and a better future for all. 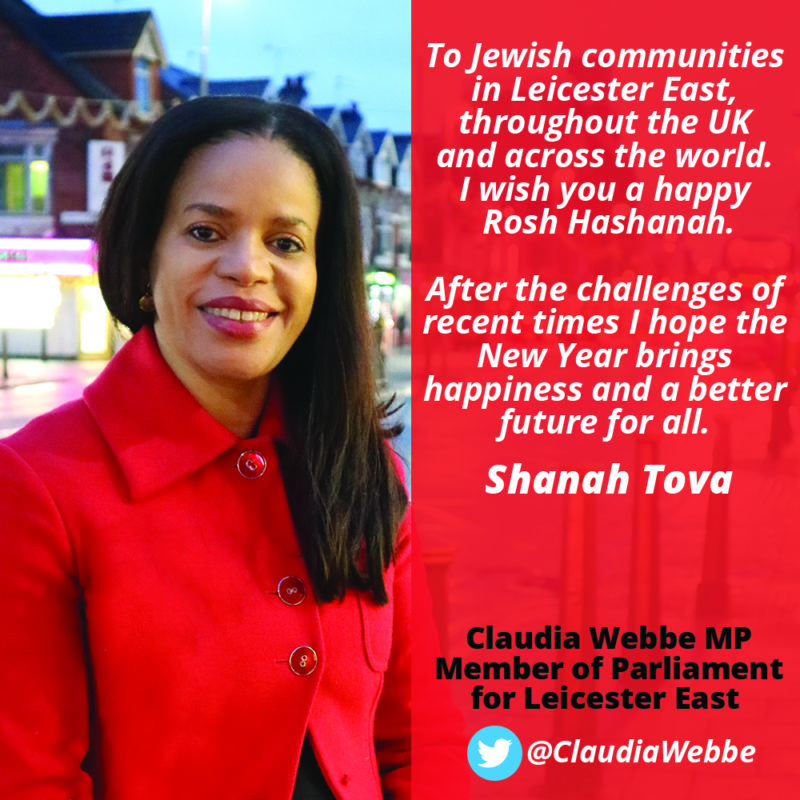 The right to strike is a cornerstone of our democracy.From to fairer pay to weekends, everything that makes the lives of workers tolerable has been won by generations of struggle.

I am proud to support this campaign to #FreeOurUnions. Click here for full article. 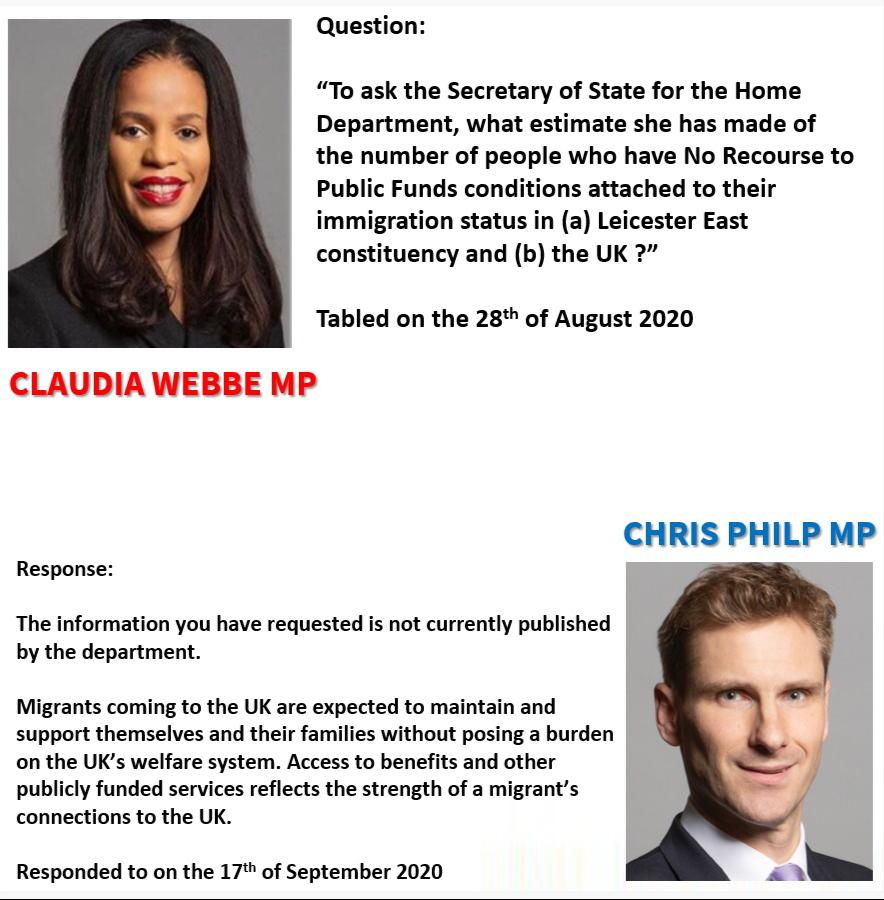 Cutting off the Job Retention Scheme in six weeks time will plunge millions of people into poverty when they most need help and protection.

Ending furlough too soon could see unemployment soar to over 4 million. The number of people claiming unemployment benefits in Leicester East has more than doubled since the UK lockdown began.

This will increase even more if the Chancellor goes ahead with his cliff-edge timetable.

The government must extend the furlough scheme and prioritise the well being and security of our communities.

It’s absolutely vital that our NHS is protected from trade deals.

Now more than ever, it’s vital that people in Leicester who are grieving can access the support they need. That’s why I joined a cross-party group of MPs who wrote to theHealth Secretary, supporting Sue Ryder’s call for a #BereavementSupportBubbles policy in future lockdowns. To see the letter click here.

See video for details on how to get in touch with me below.

During the 2019 General Election, the Prime Minister claimed that his ‘wonderful, fantastic’ Brexit deal was ‘oven-ready.’ Less than a year later, he wants to break international law in order to rewrite it.

This self-inflicted crisis is either a cynical negotiation tactic, or a pathetic attempt to distract from this government’s calamitous record over the last few months.

People in #Leicester know more than anyone else the cost of this government’s incompetence. With Covid-19 cases increasing across the country, we must focus on defeating this virus and protecting our communities.

Yet instead, this government is reopening the Brexit wound they were elected to heal.

This is a busy and important week in parliament, with key Brexit legislation and debates on economic support to workers during the coronavirus.

In each of these debates, I will raise the concerns of Leicester residents and urge this government to work in the interest of everyone in our city.

The emergency business loans issued so far have been made to firms in high carbon emitting industries such as chemicals, aviation and automotive manufacturing BA,Virgin, Rolls Royce, Toyota I am arguing for a test based on climate considerations to always be included before loans are granted.

The aviation sector is the third largest in the world and the largest in Europe and thisGovernment must do all it can to protect an industry that is worth £28 billion to our economy.

There are some in the aviation industry whose standards and treatment of workers falls well below acceptable levels, especially in light of the scale of taxpayer subsidy, such is the case of British Airways and its parent company IAG.

The crisis in our aviation industry is a microcosm of the government’s botched economic response to this pandemic.

The government must now reverse its approach by protecting workers and the planetinstead of corporate profits.#BAbetrayal #BritishAirways

I was proud to support today along with many more MP’s who joined this morning in sending a loud and clear message to Boris Johnson and Rishi Sunak that the jobs that built our economy need. #JRS2NOW! #SOS4Jobs

With under eight weeks until the furlough scheme ends, workers from across the UK will launch their SOS for Jobs campaign to persuade the prime minister to think again on a focused sector level extension of the job retention scheme (JRS).The JRS is set to end on 1 November with ministers refusing to consider any extension or modification.

Workers and their union, Unite fear that without a change of heart from ministers a tide of job losses will engulf UK manufacturing as employers lose confidence in the future with demand yet to return to pre-Covid levels.

The workers are further concerned that with competitor nations offering long-term support for their manufacturing base, UK jobs will disappear while our competitors inFrance, Spain, Germany, Netherlands, Ireland and even the US are protected. https://unitetheunion.org/sosforjobs 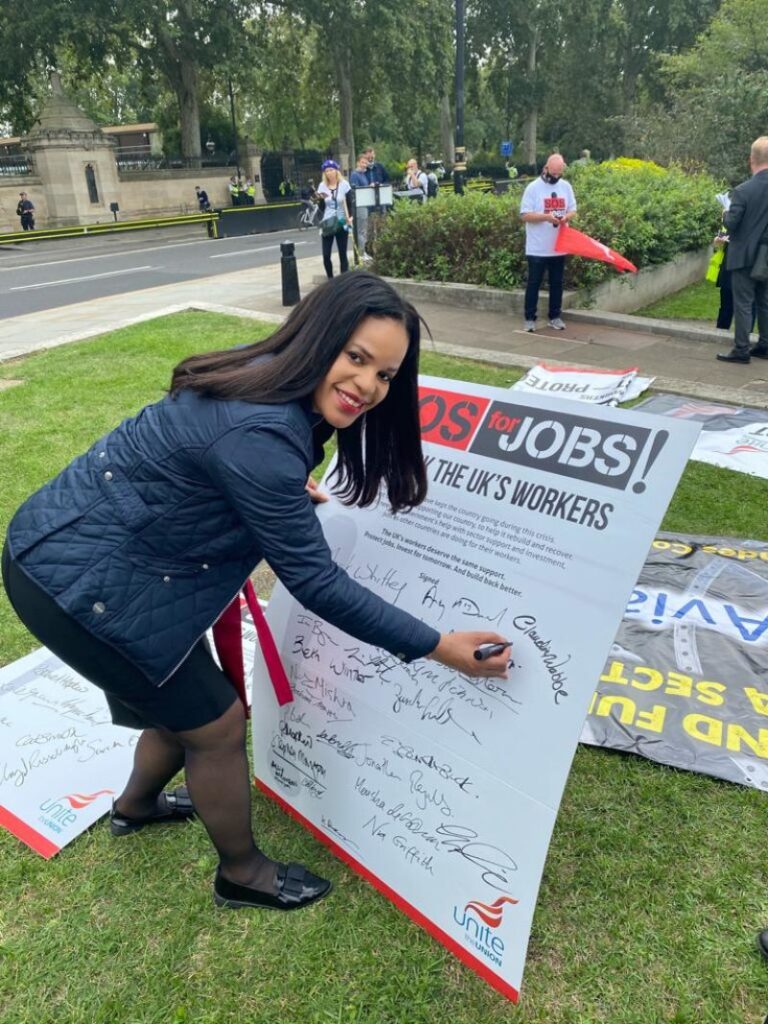 I stand in solidarity with all BBC workers who have bravely shared their experience ofracism. Only by shining a light can we eradicate the disease of institutional racism. Thatmeans a full public inquiry into the systemic racism of our public service broadcaster. Iwill do all I can in parliament to push for this to happen. It is up to the government toenforce existing recommendations to combat this evil. 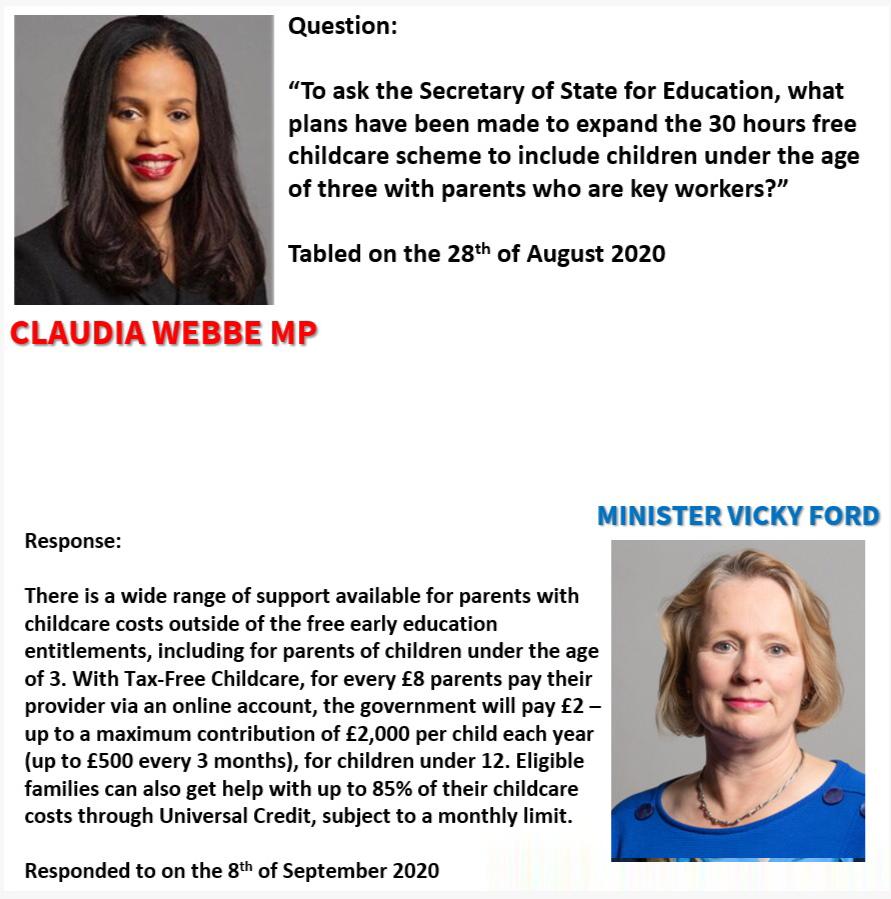 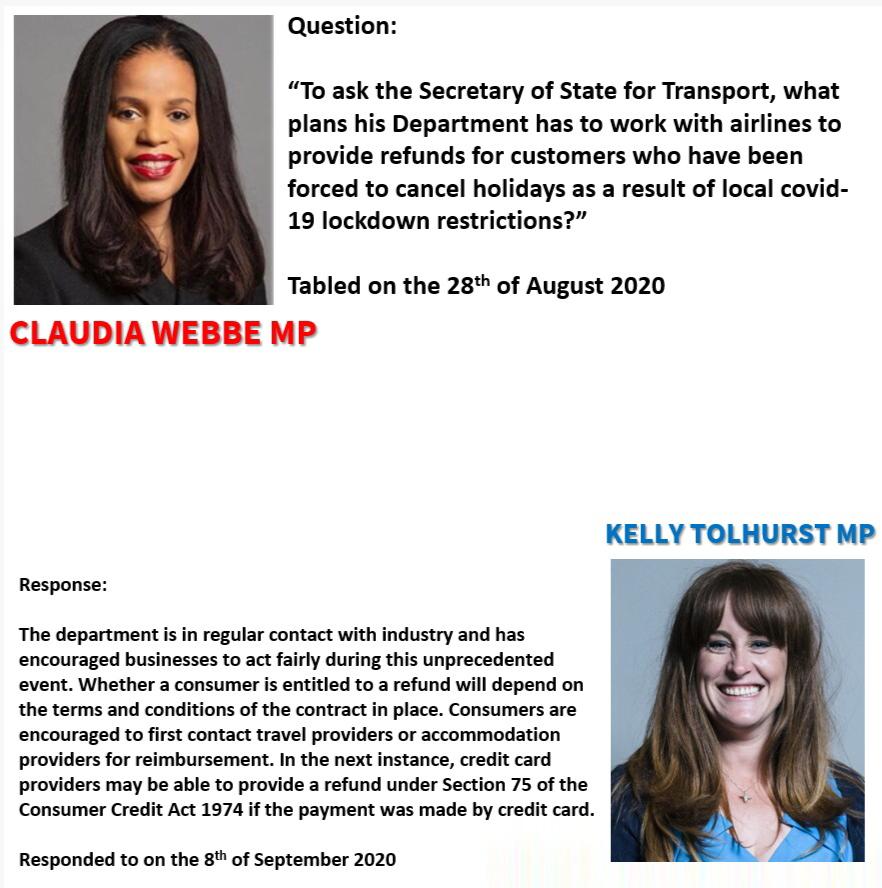 Solidarity to all Bolivians fighting to defend their social, political and economic rights in the face of repression from the country’s coup government. 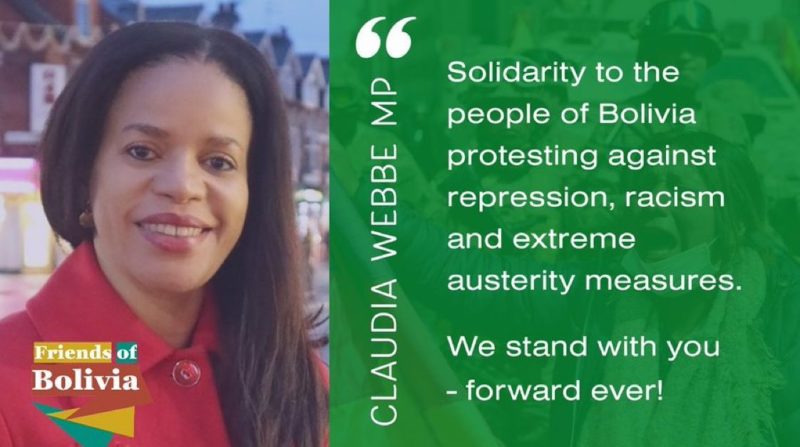 The violent interference of the British Empire in Kenya started at the end of the 19th century and lasted until Kenyan independence in 1964. The appalling Sotik massacre of 1905 must be included in the national curriculum. For Black Lives Matter to become a reality, it is vital that young people are taught the true history of race relations.

We Are One Leicester

Thank you to MEND for putting together this video to show the unity and solidarity from the Leicester community over this difficult time.

It is shameful that successive governments have neglected to act despite widespread and longstanding evidence of employer misconduct in Leicester’s Garment Industry.Ten years of austerity has severely downgraded our regulatory institutions, which has created a culture in which exploitation is able to thrive.

We cannot keep our workplaces safe on the cheap. If it is serious about ending workplace exploitation, the government must urgently reverse their funding cuts.